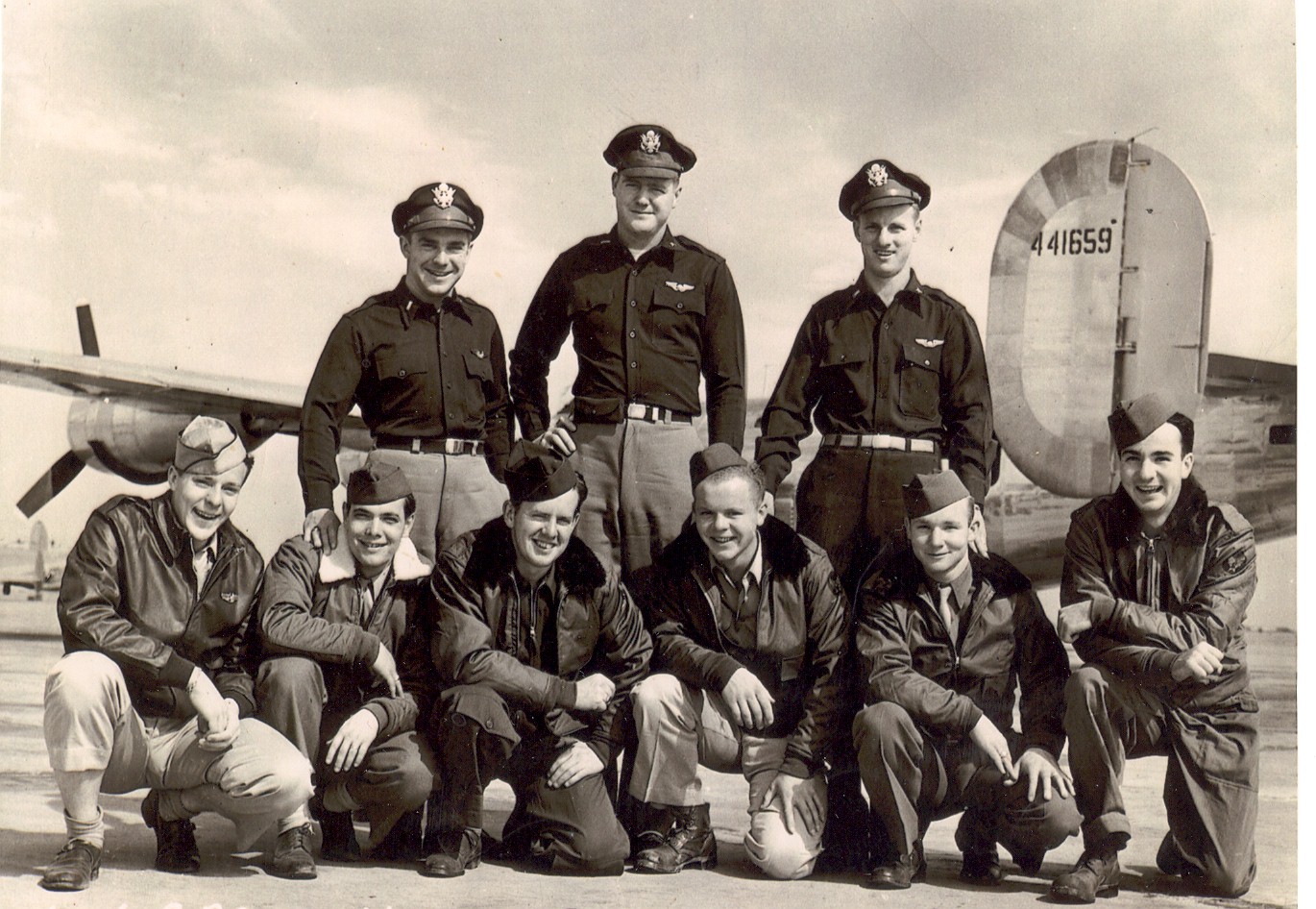 MINE HILL – Bill Beigel was researching the Army Air Forces 44th bomb group when he came across an officer whose story got his attention.

Yearbook photo of William M. Hummer. Killed in WWII with the crew of Kaybar while on low-flying supply mission during Operation Varsity. This photo was provided by Daily Record reader Stanley Schoonmaker and the Dover Historical Society after reading the article. Previously, there were no known photos of Lt. Hummer.

The officer was 2nd Lt. William Minton Hummer, a Mine Hill resident, who died towards the end of the war when his plane was shot down during the largest airborne operation in history.

“I would really love to see some relative of his read this and say ‘oh my gosh, that’s my uncle, or my cousin. This is our guy,” said Beigel, who was unable to contact the family during his research. “It’s a shame because his file is just incredible, 75 pages. But he is so darn anonymous because he was a replacement, going from crew to crew, and he was only on his fourth or fifth mission.”

Beigel specializes in researching the histories of American servicemen and women who died in active duty during World War II. He has helped more than a thousand clients research more than 1,500 American veterans. A collection of his work was recently accepted into the American Air Museum in Duxford, England.

“I try to find out what happened to these guys that died decades ago when not a lot of information was available,” Beigel said. “Sometimes I work with large groups, like when UCLA gave me a list of 150 people to find, other times it’s a single person. Some take months, others take just a few days.”

Beigel tracks down the details of the veterans’ deaths, and helps families to interpret the significance of their loved one’s sacrifice. He works out of his kitchen at home, but his investigations take him to libraries, government archives, and cemeteries among other places to discover exactly what happened to a person.

Beigel began his research in the late 90’s, when he decided to find out what happened to his father’s cousin, who was killed in action in World War II.

“Nobody knew what happened to him, and my dad had brought it up before, I remember hearing about it as a kid,” Beigel said, and decided to put his UCLA history degree to use. “I said ‘I’ll see what I can find out.’ Turns out, he never made it to combat, his plane went down in a storm.”

After that, Beigel realized there were more people interested in finding out about their loved one’s war exploits. He’s since worked with individuals, veterans groups, communities and universities.

In September 2013, he turned his part time hobby into a full-time career. He charges $150 per person but will negotiate an amount to investigate a larger group.

“I felt like I needed to do something that mattered, no more paper pushing,” Beigel said. He went from devoting 25 hours per week on nights and weekends, to 60 hours per week, which has increased business considerably. “The demand is absolutely growing, especially during Memorial Day, Veteran’s Day, and the anniversary of D-Day. I’m glad I now have more time to devote.”

While researching the 44th Bomb Group, Biegel found Mine Hill World War II veteran Hummer, and he still hopes to share what he found with Hummer’s family. Beigel came across Hummer’s name when a Belgian man had requested information on Operation Varsity.

Hummer was born in 1923 in Dover, the son of John and Beatrice Hummer, and grew up in Mine Hill. In World War II, he was a 2nd lieutenant, serving as a bombardier/navigator on a B-24 Liberator, in the 67th Bomb Squadron, 44th Bomb Group.

He was killed in action on March 25, 1945 during Operation Varsity in Wessel, Germany, the largest airborne operation in history on a single day in one location. More than 16,000 paratroopers were dropped as part of the operation, which was developed to help the British and Americans get across the Rhine River.

His plane making a low-level supply drop when it was shot down over the Rhine River.

“His was hit by enemy ground fire, lost control, and crashed,” Beigel said. “He was just making a supply drop but the enemy knew we were coming. It was a fiasco.”

Hummer’s remains were recovered two weeks later, and he was buried next to a crewmate at the U.S. Military Cemetery in Margraten, Holland. He enlisted when he was 20 and died a year later.

“After a long series of letters with his father, it was decided that he would remain permanently buried there, instead of being repatriated to the U.S,” Beigel said. “He was a very young guy when he died, and my sense was that it destroyed his family, which happens a lot from what I’ve found. There’s always that cost to the family.”

No detail was too small or insignificant to include, from his physical examination form detailing “numerous sports accidents,” including a broken jaw from wrestling and a broken clavicle from football, to an “exceptionally bitter series of letters” from Hummer’s father citing his son’s death as the reason for his mother’s death that June.

“What stood out about Hummer was the level of anger his dad showed toward the military,” Beigel said. “His correspondence had a particular bite.”

The letters also detailed his displeasure about the lack of information he received about his son, his request to keep his remains in Holland, and how poorly his son’s personal items were returned to him, among other things.

“They were received some time ago in a dilapidated cardboard box with no inventory or list of any sort,” read the letter, also stating that some items were missing. “His little personal things that I knew he would want me to have were not there. How anyone in this Country’s Army who was responsible for such things, could be so amiss in such an obligation, is beyond my ability to understand. Mine is not the isolated case – it seems to be general.”