These summaries are posted to honor these selfless men from Michigan who served and lost their lives. This list includes Medal of Honor recipient 1st Lt. George H. Cannon ~ Bill

Abel, Andrew W., TEC5, Camp McCoy, died of “poisoning acute, carbon tetra chloride, adema, pulmonary”, 12/21/44 at Station Hospital, Fort Sheridan, IL. TEC5 Abel was on temporary duty assisting the Postal Department as a truck driver. While at Antlers Hotel in Milwaukee fell asleep in bed; a fire occurred, and Abel suffered poisoning due to the fire extinguisher spray used to put out the fire. He had previously served in South Pacific (Hudsonville, MI)

Beals, Halsey W., PVT, 737th Tank Battalion, DOW at Aid Station (59th Field Hospital, Andilly, France) after being wounded due to “the explosion of a shell in the tank in which he was riding as a crew member”, very unusual to see letter of this type for a non-flyer (Muskegon, MI)

Berner, Gerald R., 2nd LT, 32nd Bomb Squadron, 301st Bomb Group, downed 2/25/44 over Metnitz, Austria, letter from father “…almost two years have elapsed since the end of the war, and we have not yet received any information concerning the location of my son’s grave (Detroit, MI) 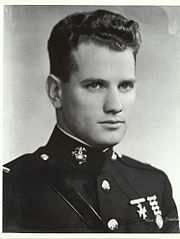 Eyestone, Oliver, NMI, 2nd LT, 739th Bomb Squadron, 454th Bomb Group, ditched 8/24/44 in Adriatic Sea on return from raid against the Kolin Oil Refinery in Czechoslovakia, 2 of crew survived ditching and were picked up by a PBY (Muskegon, MI)

Kader, Eugene I., SSGT, 844th Bomb Squadron, 489th Bomb Group, downed 10/19/44 when another aircraft, out of control, fell on his ship, shearing off tail and causing it to go into a flat spin, over Edenkoben, Germany, while on a mission to Mainz, Germany, letter from mother “…it puzzles me that I have not heard a thing concerning my son’s burial….” (Detroit, MI)

Munroe, Stewart W., Jr., 2nd LT, 565th Bomb Squadron, 389th Bomb Group, downed 10/1/43 on mission to Weiner-Neustadt, extensive documentation on crash and on other crashes in the area that date, note in file regarding search for remains “Case in Russian zone; no publicity, impossible to get detailed information under such circumstances” (Grosse Point Park, MI)

Nash, Travis E., 506th Bomb Squadron, 44th Bomb Group, downed 4/5/45 over Wipperfurth, Germany, “hit by shrapnel and was dead prior to bailing out”, another account stated “…heard from a Russian POW that he was shot by a German soldier after he landed on the ground…” (Detroit, MI)

Pertolla, Hugo O., SSGT, 744th Bomb Squadron, 456th Bomb Group, shot down 7/2/44 near Kapolnasnyek, Hungary, excellent details regarding search for remains, translated records, details of mission by no MACR, same crew as NYEN, above, and PHILLIPS, below, alludes to PHILLIPS falling to his death from aircraft (Detroit, MI)