Bill’s first published book, “Buried on the Battlefield – Not My Boy: The Return of the Dead from World War Two,” describes the the massive effort after WWII to recover America’s fallen from all over the globe. His book has been optioned for a documentary film; in addition, he has consulted and been interviewed for several documentaries about World War II.  His research is referenced in a number of books and publications, including, “Youth, the First Victim of War,” by Paul Edlund, the sole survivor from a downed B-24 crew. Bill publishes a blog with stories and photos of the men and women he researches.

Bill learned first-hand the difficulty of learning about the lives, deaths, and military experiences of World War II veterans and casualties, when it took nearly a year to research a member of his own family in 1999. Families rarely knew what happened to their loved ones who served or died in World War II, and for most families, those questions remain unanswered to this day. As a lover of both history and research, Bill set out to assist other WWII veterans’ families in finding the answers to their own unsolved family mysteries. Since 1999, has researched thousands of veterans and casualties for individuals, families, communities, and institutions in the United States, Europe, Asia, and the Middle East. Bill regularly receives emails from clients describing how his research has impacted their families and communities.

Bill’s work has been featured in numerous television, radio, newspaper, and online media outlets, as well as print and online history magazines, including the New York Times, USA Today, CBS and Fox affiliates in Los Angeles. Bill tours the country, lecturing and offering workshops at conferences, museums, schools, for genealogy groups, and at other venues. Bill donated a large collection of his research on members of the 8th Air Force to the American Air Museum in Duxford, England. He spent more than ten years researching nearly three hundred students and alumni from his alma mater, UCLA, who were killed in WWII. He is the official researcher for the Kwajalein MIA Project, which seeks to locate missing members of the US Navy during WWII who crashed in the Kwajalein Atoll so that their remains can be brought home.

Bill Beigel holds a BA in History and a Masters in Geography, both from UCLA. He is a member of the Organization of American Historians, the Society of Military Historians, the Association of Professional Genealogists, the Southern California Genealogical Society, and the Minnesota Historical Society.

He lives in Redondo Beach, California, with his wife, Dawn, his college sweetheart. Bill and Dawn have successfully raised two fabulous humans – a son and a daughter.

To book Bill as a speaker for your conference or event, write to speaker@ww2research.com. 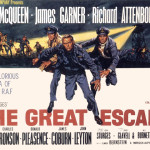 Started the day on U.S. Highway 50 west bound from the railroad town of Lamar, Colorado and arrived in Bent County, heart of the “The Great American Desert.”  The Rockies are still nowhere to be seen and East Graveyard Creek is dry. I pass through other towns that were along the Santa Fe Trail; Fort … 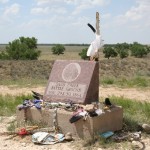 On US Highway 34 west bound from McCook, NE. Past the Frenchman Valley Co-Op Silo. Rail cars on the left of me, cornfields to the right, black clouds up ahead. There are dozens and dozens of flag poles at the Culbertson NE cemetery.  Each one has at least one small metal plaque attached, bearing the … 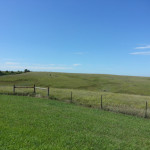 At the Kansas-Nebraska state line is a white chapel. It is the Immanuel Lutheran Church. A small cemetery is behind the building.   On US-136, it is late August Summer hasn’t left yet 5 miles to Jansen, another 5 miles to Fairbury And 5 miles back is the valley of the Big Blue River And … 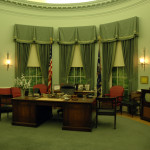 Today I visited the Harry Truman Library and Museum in Independence, Missouri. I think that this is one of the finest exhibits about this great man, and that Truman was among our most admirable presidents. In the section on Truman’s decision to drop the Atomic Bomb on Japan, there is a sign-in book for visitors … 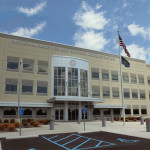 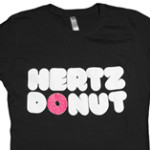 Up at 4:45  a.m., so I could find a Hertz location to replace my vehicle (road damage to front bumper, cause unknown) and found a place at 6:30. My replacement vehicle is a minivan called the Interstate Rocket Ship, or I.R.S. Also, I lost some of my luggage – unless it is buried in the … 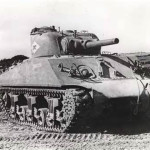 It was a rough ride on US-50 from Hutchinson, KS, to Wichita. Cars going at 70 MPH in each direction, with no visible center meridian. Lots of construction work as well. Part of the plastic of the front bumper of my Hertznbeigel Research-Mobile somehow detached from the rest of the vehicle, so, at low speeds, … 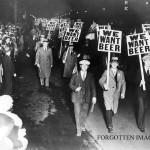 Found out alcohol is not served or sold in Kansas until noon, so breakfast was ruined. In Liberal, Kansas, I visited the Mid-America Air Museum. Great collection of vintage aircraft; it’s said to have the fifth largest collection in the United States. Very impressive B-25 on display. Liberal was home of a B-24 training base, … 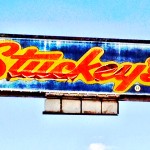 In which Bill’s thumb learns how to take a selfie. Forty miles out of Santa Rosa, I came across a Stuckey’s that looked like it had been destroyed in a riot. Driving along the US-54 Business Loop in Tucumcari, I saw ten burned out buildings, many of which were gas stations or restaurants. The scene … 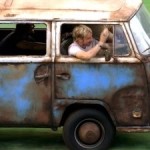 My first full day on this interstate hunting expedition. Up at 5:45 AM. Cool in Williams, AZ, probably about 55 degrees. The complimentary breakfast in the hotel reminded me me of sleeping over at a friend’s house and then having breakfast with his family the next morning. And, in keeping with the ideal of providing …