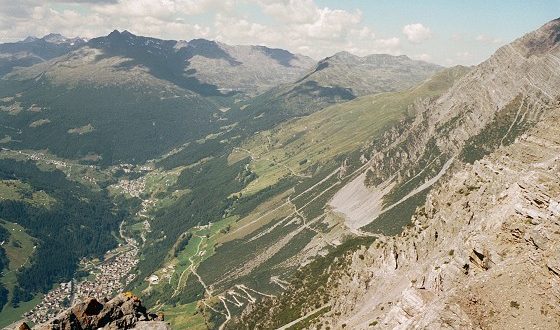 The jeep sped around the last of the tight mountain turns, and soon was making great time along the road that crossed the alluvial fan at the base of Monte della Torraccia.  He’d probably be back in time for dinner in the mess tent. He looked forward to some good strong black coffee.

Everything looked the same to Staff Sergeant Keyes as he passed the Brazilian field artillery battalion and the Canadian aid station.

He slowed down the vehicle to make the final turn into the regimental motor pool when the shelling started.

As Keyes later remembered it, the shelling didn’t “start” the way a bird starts to sing, or even the way a car starts when the engine turns over.  Instead, the shelling just was. All encompassing, all involving, all.  Everything, everywhere.

The jeep reared up like a terrified horse, then flipped over onto its back.  His face was ground into the dirt, and by the way his left arm was bent, he knew it was broken. He was bleeding from four or five places; he couldn’t be sure the source.

Two years later, and Keyes was sitting at the table of Mrs. Barnett, his mother’s old friend.

“No, ma’am, sorry, I just wasn’t paying attention.  No thanks, I’ll just finish the coffee I have. No, for God’s sake, I don’t need a towel to wipe myself.  What do you think I am, some stupid little kid?”

He pushed the chair back away from the table.  It probably fell and hit the linoleum kitchen floor.  His ’35 Ford was parked outside.  He started it up, and soon he was again speeding around the last tight mountain turn of Monte della Torraccia.