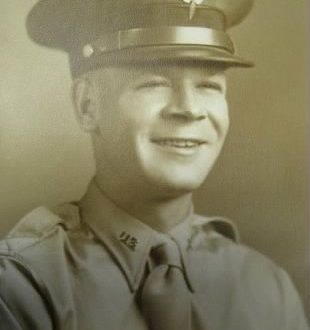 The Last Pilot of the Last Ship in the Squadron

The intended mission of Lieutenant Roger Pagels’ P-51 of the 357th Fighter Group was a patrol of the area SW of Guernsey Island on June 6, 1944.

P-51 tail # 43-6397 was one of three combat losses for the unit this day. Another flyer, Captain Paul K. De Vries, was the last to see this Mustang.

“….Lt. ROGER E PAGELS was the pilot of the last ship in the Squadron formation. I saw Lt. PAGELS’ ship take off. That was the last time anyone is known to have seen or heard from Lt. PAGELS.”

Fortunately, this is not the end of the story of LT Pagels. As was reported later, he became lost in the bad weather of the Channel and flew deep into southern France, where he eventually bailed out. He was picked up by the French Resistance, staying with them until liberated by American by the Allied armies in August 1944.

Lieutenant Irving A. Smith was piloting P-51 tail # 43-6947 on a glide bombing mission against Mayenne, France. Like Lieutenant Pagels, Lieutenant Smith’s P-51 also was seen to go missing in the poor conditions over England and France on June 6, 1944. According to his wingman, 2nd Lieutenant Floyd J. Maynard:

Lieutenant Smith’s plane crashed in France. His remains were recovered after the war and were sent to the Golden Gate National Cemetery in San Bruno, California.

“Captain Ruder called me and said ‘My engine is stopping and my pressure is down.’ He then let down through the clouds. I got the rest of the flight together and we started down although we could not catch him. At 2,000 feet, Capt. Ruder said he was still in the clouds. I told him to bail out, but he said that he saw some land and was going to crash-land. I came out of the overcast at 1,000 feet, circled, and could see no sign of him. I could not contact Captain Ruder on the radio, and proceeded home thereafter.”

Part of a mission of “area support” 30 miles west of Jersey Island, Captain Leroy A. Ruder of the 357th Fighter Group was never again seen by friendly eyes. In 1948, his remains were returned to the United States and buried at the Riverside Cemetery in Nekoosa, on the west banks of the Wisconsin River.

At this link, you will find additional information, photos, burial site info, and news clippings about Capt. LeRoy A (S) Ruder – a very moving tribute by a student from East Junior High School in Wood County, Wisconsin.

Images of Lt. Irving A. Smith provided by Together We Served.