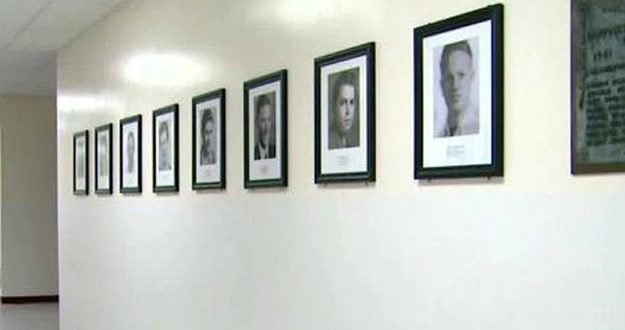 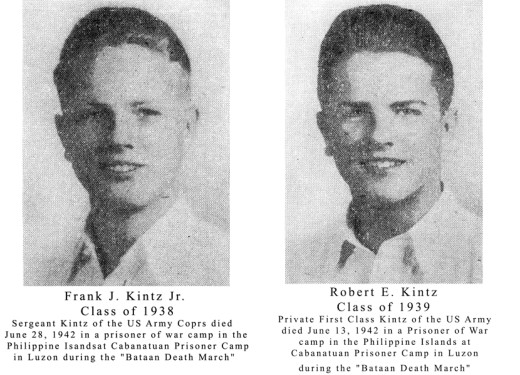 They were serving together in the Philippines, Frank with the 27th Materiel Squadron and Robert with the 17th Signal Platoon, when the islands were captured by the Japanese in 1942. Both men endured the dreadful Bataan Death March and were held captive at the infamous Carbanatuan Camp on Luzon. Sickness and starvation were rampant.  On June 13, 1942, Robert succumbed to malaria, and 15 days later, on the 28th, his brother Frank died of the mix of malaria and dysentery.

Burials at the camp were haphazard at best and record-keeping almost non-existent.  While the remains of Frank were found by the American Graves Registration Service after the War, no trace of the remains of Robert were ever located.

Frank Kintz is buried at the Fort McKinley Cemetery in Manila, where his brother, Robert Kintz, is listed on the Tablets of the Missing.

Below is a video of the CBS2 News story, featuring my research work with Principal Tom Houts of Downey High School.