“Sweatin’ It Out,” B-24 tail #42-52629, left its base at Lavenham, England, as part of the multitude of heavy bombers dispatched against France on D-Day, June 6, 1944. Its target was the road network intersection at Caen.

An SOS was received by the P-51 fighter base at Saffren Walden, in Essex, that the bomber had four dead engines. That was the last word received; the bomber and crew were never seen again. Under the “Persons who are believed to have last knowledge of aircraft” section in the Missing Air Crew Report for this B-24, only the words “No one in this Group” are typed.

No sign of the plane or its crew were ever found. The crew was:

It was the only loss suffered by the 487th Bomb Group on D-Day. 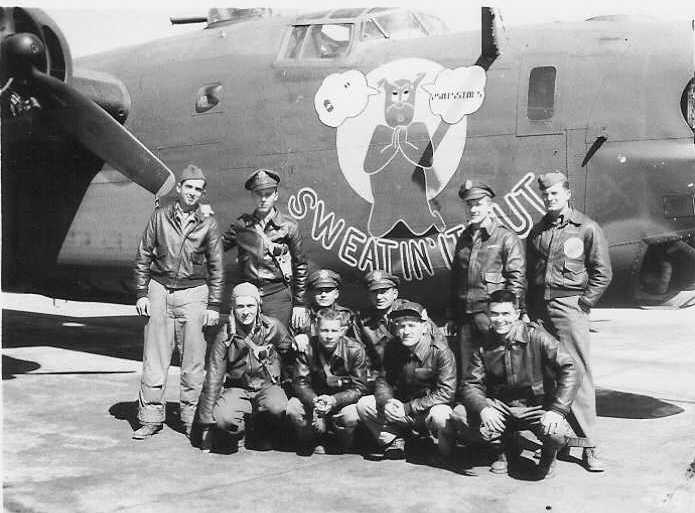 Categories: Uncategorized
Previous
“Flying Around Beneath the Overcast”
Next
Night Take-Off